Ultraviolet (UV) light is a form of light, it is invisible to the human eye. Every day, we are exposed to low levels of UV light from the sun’s rays.

UVC radiation is a known disinfectant for many applications, such as air, water, nonporous surfaces. It is proved that it can reduce the spread of bacteria effectively. Due to UVC wavelengths are between 200 and 300 nanometers, the UVC sterilizing devices are proven to kill 99.99% of germs.

UVC lamps are often called “germicidal” lamps. Due to the reason that direct UVC exposure to human skin or eyes may cause injuries, UVC radiation is usually used inside air ducts to disinfect the air. When you use them, never look directly at a UVC lamp source, even briefly.

Generally speaking, whether you are looking for something to sterilize your counters, or a wand to wave over sketchy hotel sheets, the UV-C sterilizer of Qijun is your best choice. 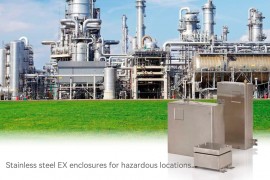 How to classify Hazardous loc…